Broken Dreams (a documentary and a book) is the remarkable life story of a unique airplane that was supposed to be used for a musical in the Netherlands. But everything turned out different than planned when a terrible accident took place. This incident is used as a starting point for the plane herself to reflect upon her life and the part she played in history, as if she’s an old lady telling her story to her grandchildren. Will there still be a future for this plane or has her story come to an end… 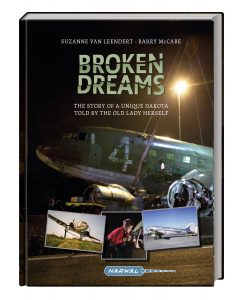 Besides the documentary (52 min), a book was also written by Suzanne van Leendert and Barry Mc Cabe about this plane’s lifestory, supplemented by lots of pictures.

The documentary’s DVD also contains deleted scenes and extra information and is subtitled in Dutch, English and French.

The cockpit of the plane that can be seen in the documentary was converted into a DC-3 simulator. For more information, see www.dakotasim.com

Dakota DC-3 Simulator has taken over the sales of the DVD and the book, so both are available there.

Barry Mc Cabe, who hails from Ireland, has toured throughout the world; from all over Europe to countries such as Egypt and the USA. Barry’s music can best be described as “rock & blues with a twist of Irish”. He collaborated with Davy Spillane on his acclaimed CD “The Peace Within”, toured with world-renowned musicians such as Mick Taylor (former Rolling Stones guitarist) and Snowy White (Bird of Paradise). Special guests on his Beyond The Tears album were Mark Feltham (Rory Gallagher Band), Johnny Fean ( Horslips) and Pat Mc Manus (Mama’s Boys & Celtus).

Troubadour was nominated for the Just Plain Folks Music Awards. 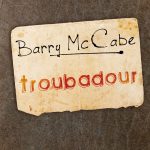 – Via your PayPal account (including payment by Credit Card). Please use the following e-mail address to order: suzanne@uandeyemedia.nl