(documentary only in Dutch)

Piet de Jong suffers from Bechterew’s disease, a rheumatic disease, and trains fanatically all year round for an annual volleyball tournament for people who suffer from the same disease. His goal is not to be last. Claire, his 17-year-old daughter, is very passionate about her sport, taekwondo, and has already become Dutch youth champion. We see father and daughter in a beautiful contrast: Claire’s ambition to be first and Piet’s ambition not to be last. A film about ambitions, a special father-daughter relationship and the importance of exercise. 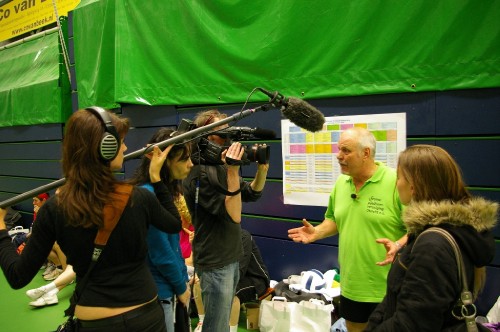 Suzanne van Leendert wrote the film plan, organised the financing and production and co-directed the film with Van Osch Films.