U & Eye Media Productions | Because we were beautiful
16584
portfolio_page-template-default,single,single-portfolio_page,postid-16584,qode-quick-links-1.0,ajax_fade,page_not_loaded,,qode-theme-ver-11.1,qode-theme-bridge,wpb-js-composer js-comp-ver-6.2.0,vc_responsive

Because we were beautiful

Filmmaker Frank van Osch travelled through Indonesia where he searched for former ‘comfort women’, together with photographer Jan Banning (World Press Photo Award 2004) and journalist Hilde Janssen. During the Second World War these women were forced to carry out sexual activities in military brothels, encampments and Japanese barracks.

In ‘Because we were beautiful’ a number of these women tell their story about the systematic rape, the humiliation, the fear and how this influenced their lives. Despite the taboo that is still attached to this subject. A documentary full of shame, sorrow and reluctantly told life stories.

‘Because we were beautiful’ has won the award for best documentary 2011 at the Big Muddy Film Festival, Carbondale, Illinois (USA) and the first prize at the Artivist Film Festival, Los Angeles/Hollywood (USA).

‘Because we were beautiful’ has also been screened at the 2011 UNAFF (United Nations Association Film Festival, San Fransisco, USA) the 2012 Byron Bay Film Festival (Australia) and was broadcasted in several countries. 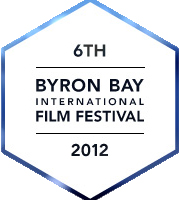