Flow – an ode to urban nature 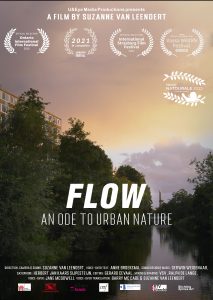 Those who wish to discover nature do not have to leave the city! Inspired by Dutch filmmakers such as Jorens Ivens and Bert Haanstra, Suzanne van Leendert went looking for a connection with nature, while being in the city. The result is a poetic, associative and experimental film that focuses, over a period of four seasons, on a stretch of water in the middle of the city. A stretch of water that is less than a mile and a half long but where more is going on than you think… 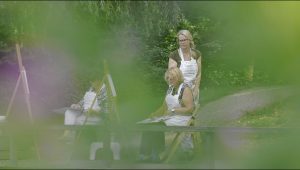 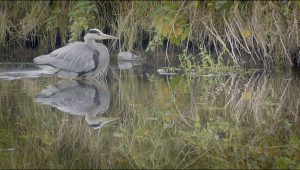 Suzanne focused on her immediate surroundings, a canal in the city of Utrecht (the Klopvaart), her “backyard” so to speak. A slice of nature in the city that at first sight might seem rather mundane and not all that interesting, with high-rise flats on one side and rows of houses on the other. In one way, it is not unlike any stretch of water in any other city. It is a place you might not pay a lot of attention to unless you stop for a moment and take notice, like the film does. 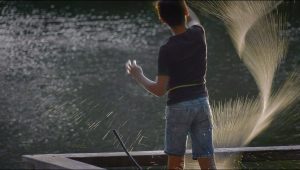 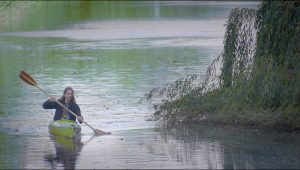 The film is a collaboration with Anne Broeksma, a poet with the Utrecht’s Guild of Poets, who wrote a poetic voice-over to accompany the images, and Gerwin Weidenaar, a recently-graduated composer and sound designer, who created a sound score in which the boundaries between ambient noise, sound design and music all blend together.

The film not only shows the beauty of nature – such as the glare of the sun bouncing off the water, an unflappable pigeon sitting in a tree during a downpour or a cormorant spreading its wings – but also the ‘interaction’ between this stretch of water and the residents that surround it.

The film has been shown on television and at festivals in the Netherlands, Canada, the United States and Finland. In December it can also be seen in Germany at the Natourale festival in Wiesbaden where the film is nominated as one of the finalists. Previously the film was also nominated at the Limburg Film festival and it won the Best Experimental Documentary Award during the Vaasa Wildlife Film Festival in Finland. With the support of the Dutch embassy in Finland, we were able to travel to Vaasa and attend the festival. 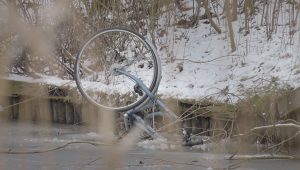